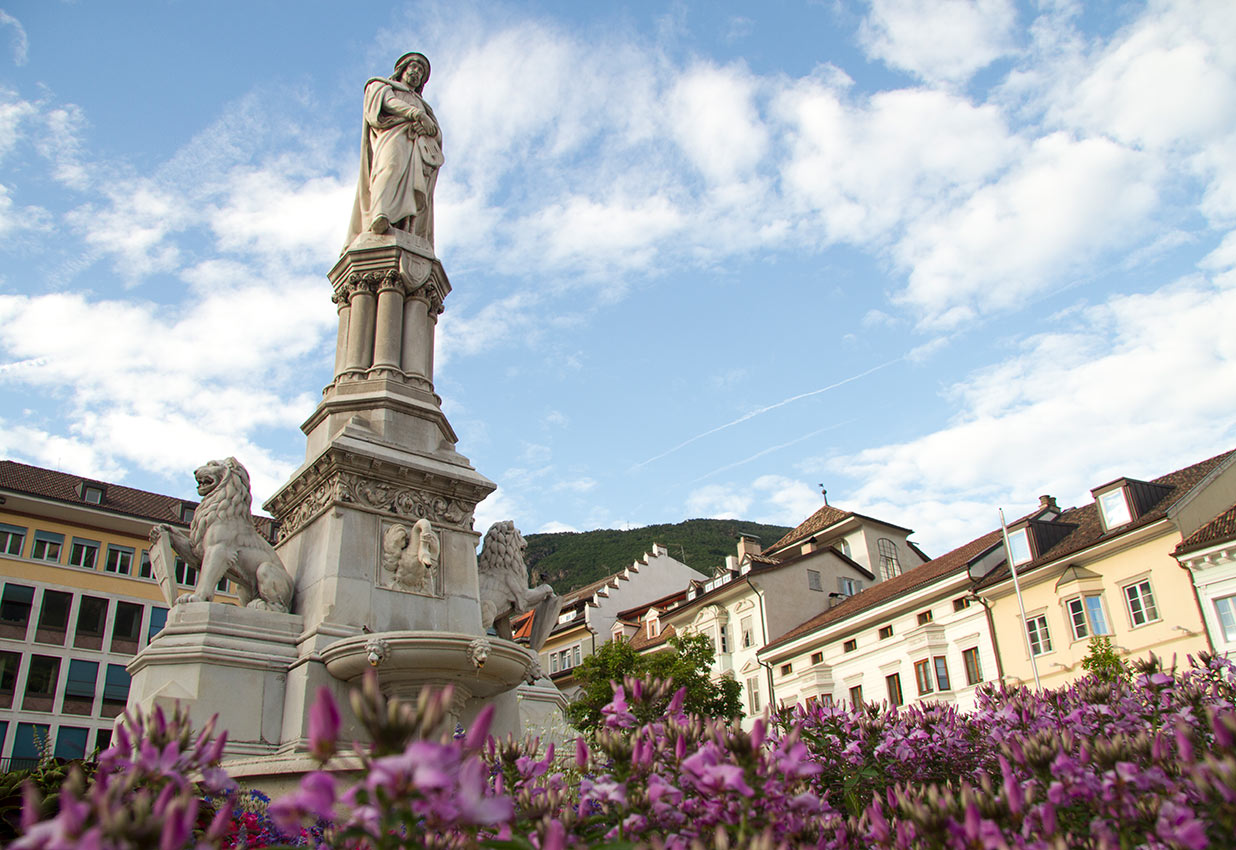 Bolzano is South Tyrol’s capital. With about 100,000 inhabitants, it is also South Tyrol’s only major city, the seat of the state parliament and state administration, the economic centre of the region, and a university city. Likewise, Bolzano is also a worthwhile destination, which is best reached by bus if you’d like to spare yourself the annoying hunt for a parking space.

The heart of Bolzano is Waltherplatz, on which stands a statue of the eponymous Minnesänger, Walther von der Vogelweide. From here, in just a few minutes on foot, you can reach the arcades: gothic arcades, in which the chicest shops in the city are housed. At the end of the arcades, we then reach the colourful fruit market, which has been here for centuries. And if you go from the arcades and the fruit market through Museumstraße towards the Talfer river, you will end up in front of the South Tyrol Museum of Archeology. This is home to the world famous glacier mummy, Ötzi.

Anyone crossing the Talfer will land in the Italian-influenced part of the city. Its entrance is formed by the Victory Monument, which is as large as it is controversial, but who’s symbolic value, as a sign of Italy’s victory against Austria in the First World War, has been defused by a documentation centre under (yes, under!) the monument that is well worth visiting. A detour is certainly worthwhile here, so as to get to know both souls of Bolzano.