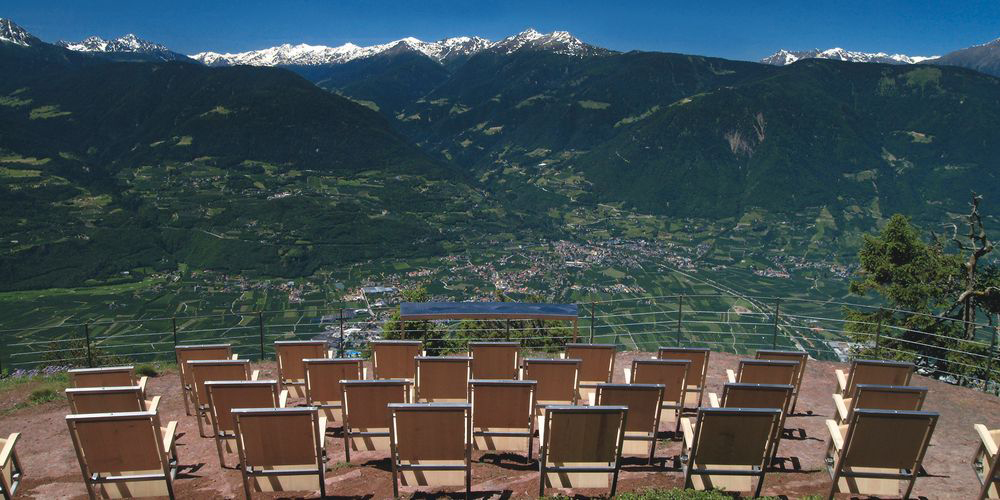 Without a doubt, the most beautiful cinema in South Tyrol is the Knottnkino. The same film has been playing here for years. Well, ok…the Knottnkino is not a normal cinema. It stands on a rock (in South Tyrolean dialect: on a “Knottn”) and consists of a few folding chairs, from which you can enjoy a breathtaking panorama: the Adige Valley and the surrounding mountains.

The easiest and fastest way to reach the Knottnkino is from Vöran. The village can be easily reached from the Lochbauer with the Tschöggelberg bus. From Gasthof Alpenrose in Vöran, the path starts up to the Knottnkino, which can be reached in a good hour’s walk. The altitude difference is barely noticeable. It amounts to 160 metres all in all, which are well worth the ascent. Because even if it’s always the same film playing here – it’s overwhelming every time.